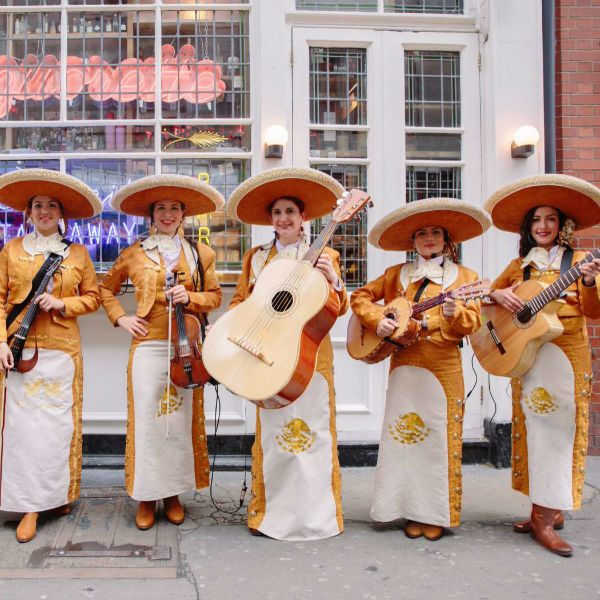 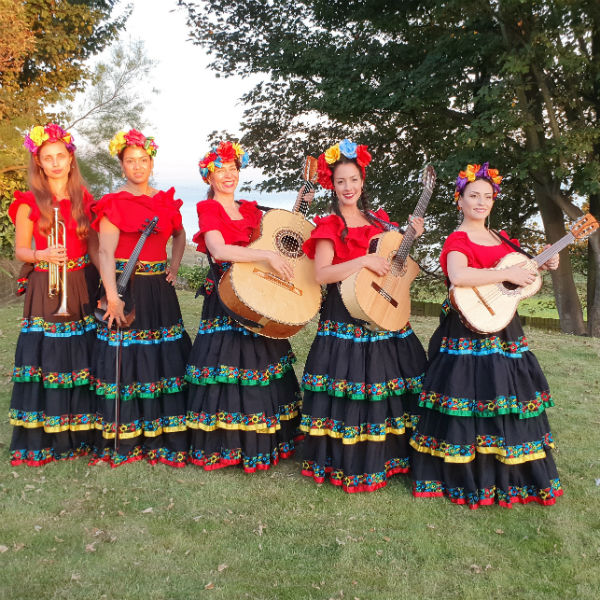 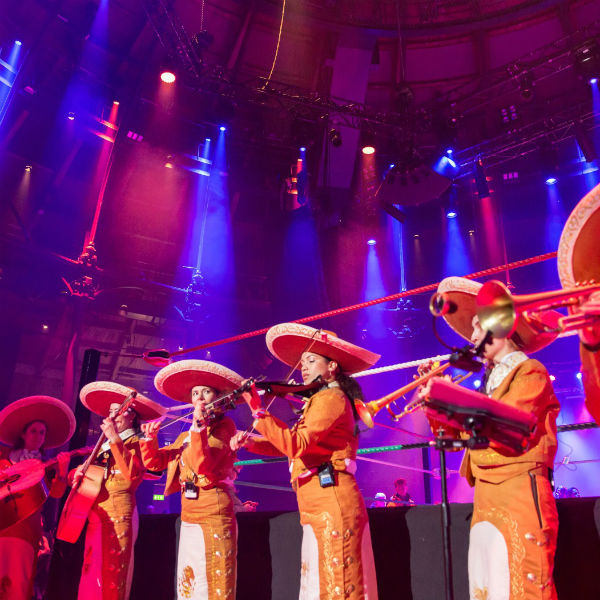 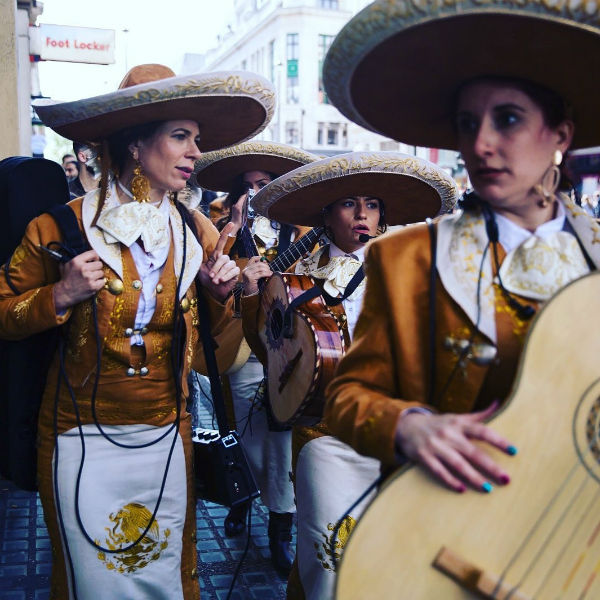 Hailing from Mexico, Cuba, Colombia, Italy, and the U.K this unique 7 piece is Europe’s first all-female Mariachi band and was formed in 2013 out of the desire to shatter stereotypes within the genre.

They are endorsed by Salma Hayek no less.

They headlined the official Mexican Independence Day celebrations at the Electric Brixton in 2021 and have played at countless festivals and venues as diverse as the British and the Victoria & Albert museums, the Mexican embassy, the Camden Roundhouse, Vamos Festival, Victorious Festival, and many more with an invitation to play at Womad festival later this year.

In January 2022 they played for the premiere of Cirque du Soleil’s ‘Luzia’ at the Royal Albert Hall.

Each member is a professional instrumentalist, with no less than three lead vocalists in the group. Mariachi classics are included in their repertoire, with original compositions and some beautiful arrangements of classics in English arranged in the authentic mariachi style, making them truly versatile.

SONG LIST (SAMPLE)
English Songs
Besame mucho in English
Sweet Dreams
In my Life (Beatles)
Mambo Italiano
Mambo n.5
All of me
Don't you want me (Baby)
My Way
Valerie
Back to Black
The Wall
Despacito
Perhaps Perhaps
Rollin in the deep