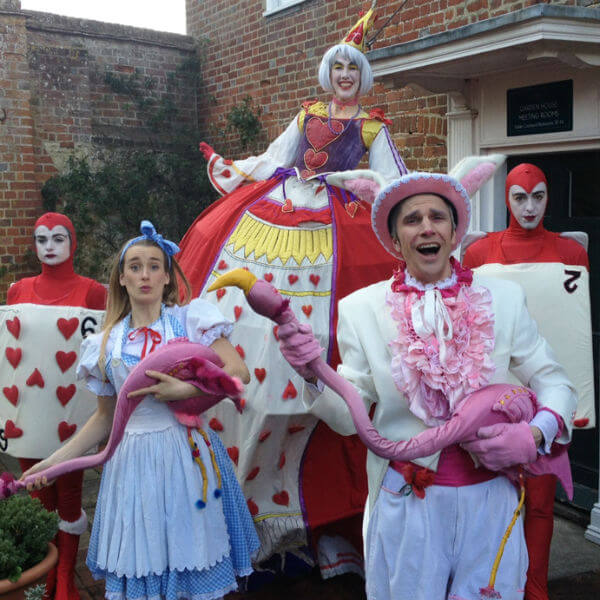 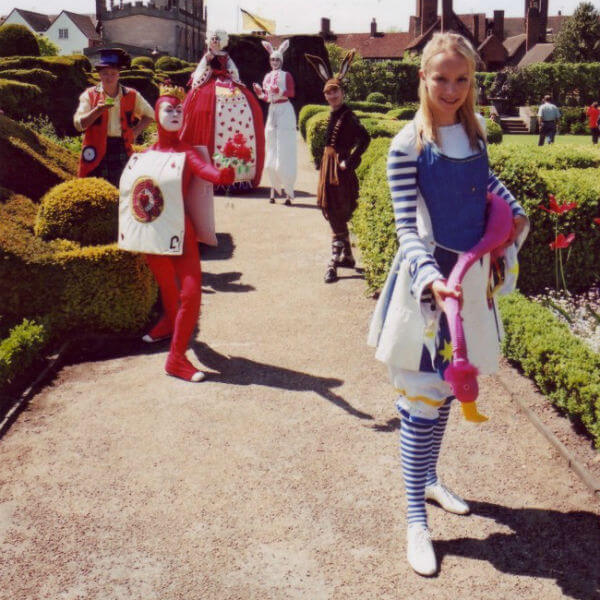 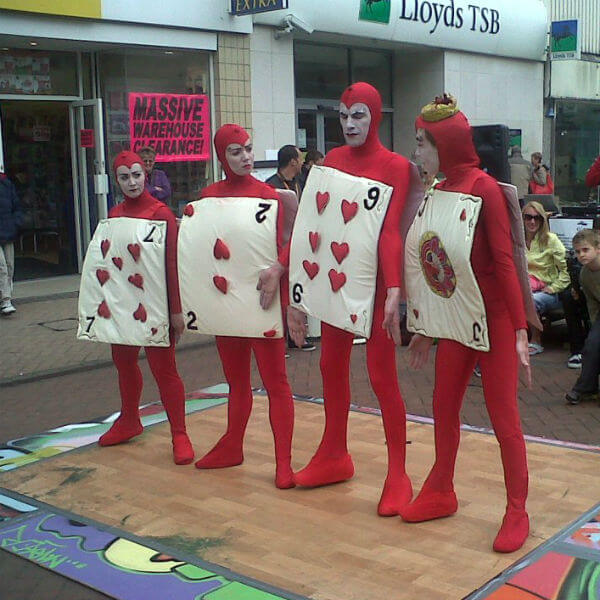 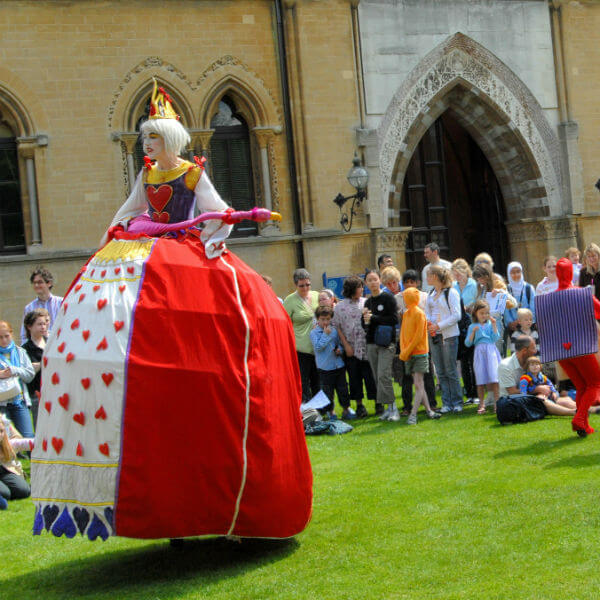 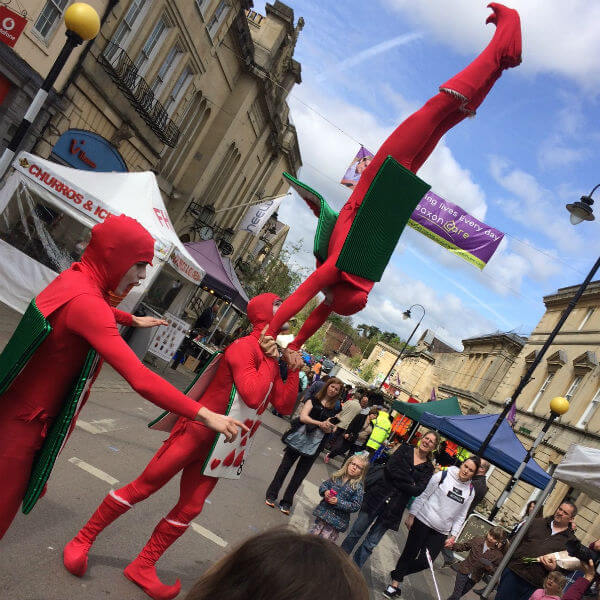 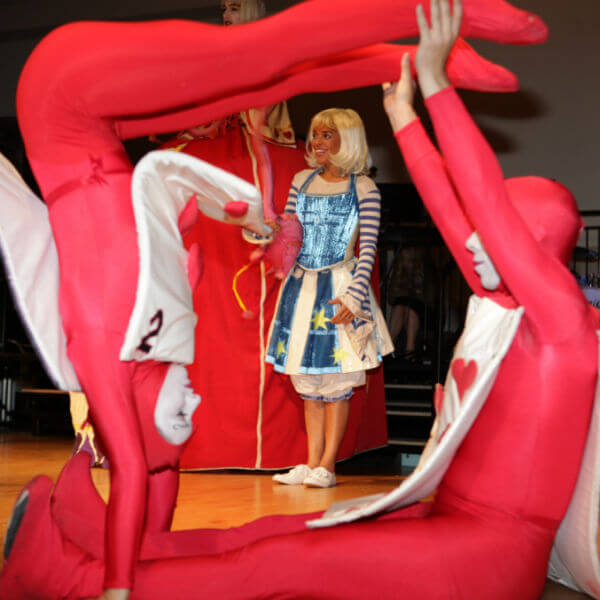 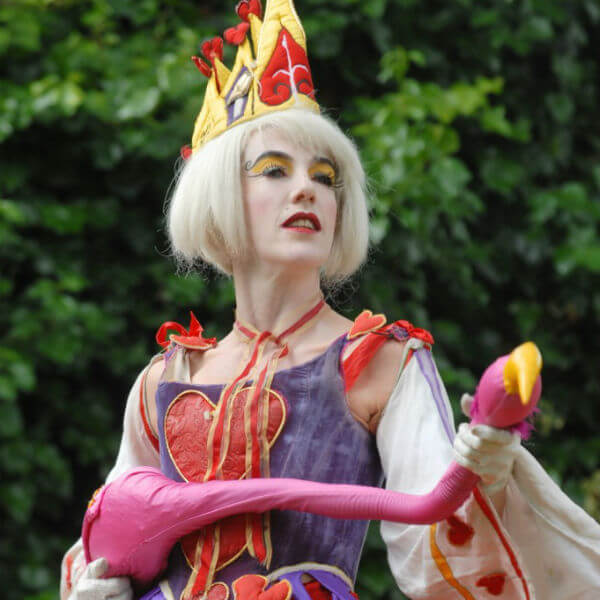 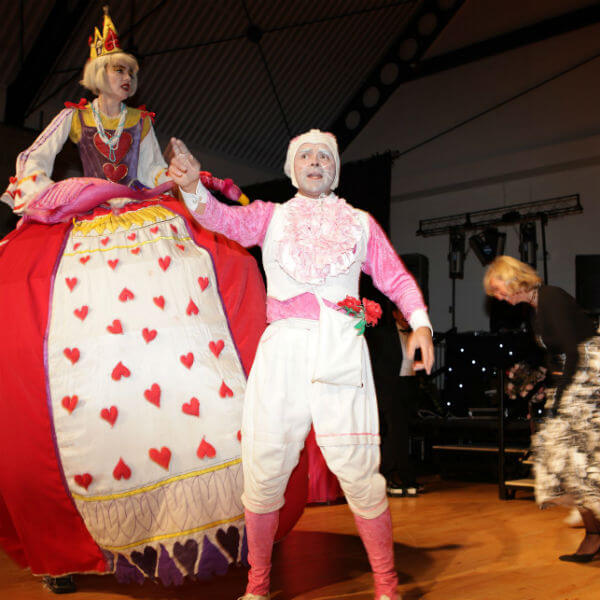 Adapted from the book by Lewis Carroll, Chosen Events Wonderland turns the event area (whether a house, town, field, square, garden or even a shopping centre) into ‘Wonderland’ by presenting scenes throughout the course of the event.

The scenes are not staged, interactive, walkabout theatre that passers-by can get involved in, giving them the experience of being on their own adventure in Wonderland.  There is also a high level of physical skill, strong costume and slapstick humour to keep people entertained.  The material is suitable for all ages and is very visual.

Our standard set up involves 5 performers. So that all 5 performers are working at the same time, and the costume changes (which take a minimum of 45 minutes) are most efficient, we arrange the scenes into 3 sets (Acts) of 30-45 minutes as such;