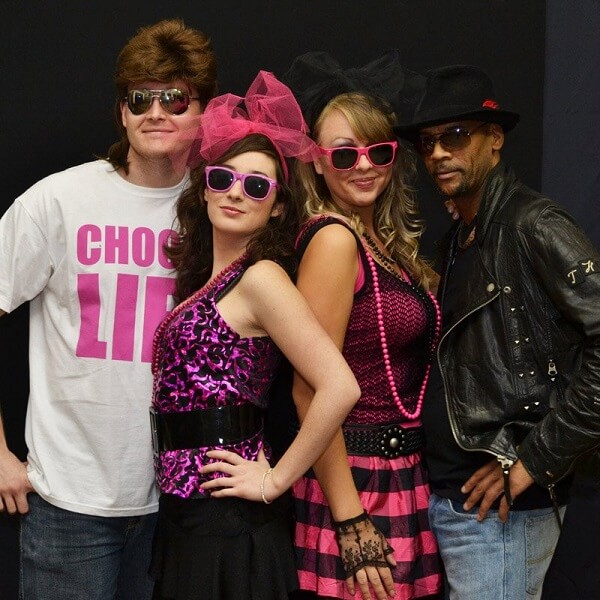 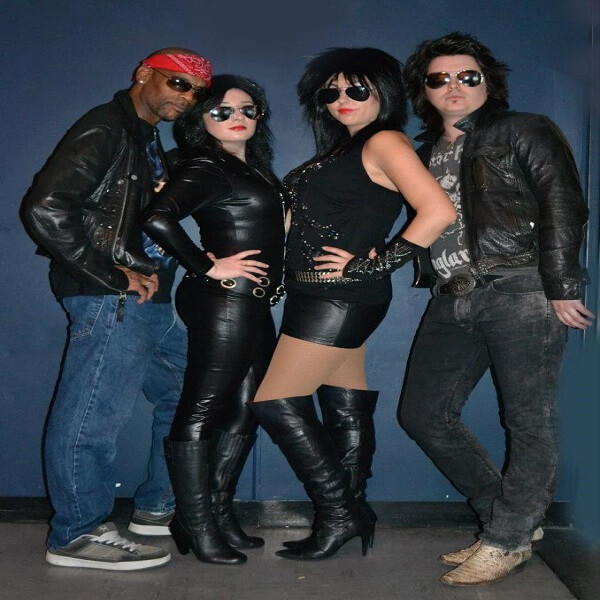 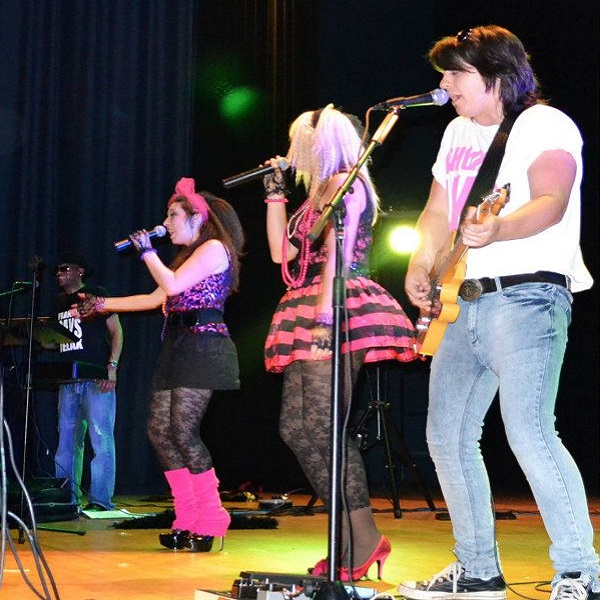 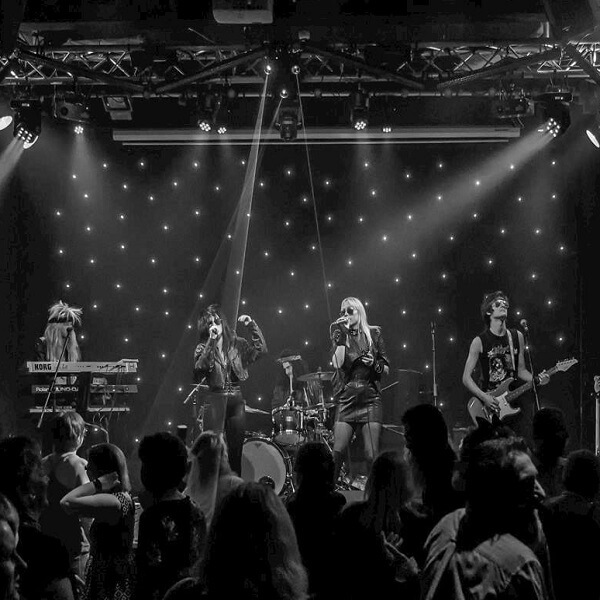 Retro 80's Band are a full time professional tribute band to the best of 80s Pop and Soft Rock. One of the few 80's shows with female lead vocals they stand out from the competition by their sheer professionalism.

Both their lead vocalists have performed in successful UK Theatre tour productions including Abba (Waterloo) / Pink Floyd & Michael Jackson (Ben) and are some of the best singers in the business.

The 80s Pop tribute show features legwarmers, lace fingerless gloves, beads galore and all your favourite 80s dance floor fillers from top selling artists like Bananarama, Madonna, Dexy's, Wham!, Human League and Chaka Khan to name but a few - simply the best Pop, Soul & Dance classics from the era - There are just too many great songs so they've included medleys of their favourites to pack more in for your entertainment.

The 80s Soft Rock Tribute Show includes loads of anthems to get the crowd singing and dancing from Frankie Goes To Hollywood, Bon Jovi, Guns n' Roses, Blondie, Bryan Adams, Tina Turner and many more. Costumes include sexy leather jackets, PVC jumpsuits, studs and crimped hair. This show is a major crowd pleaser! Most people book the combined 80s Pop and Soft Rock Show but you can just have 2 x 45 minute sets of pop if preferred also.

This 80s Tribute Band features stunning and authentic 80s costumes, choreographed dance routines and comes self contained with a high quality sound system and dazzling stage lighting. The band can also play music before / in between and after the show to save you hiring a separate DJ.

The most popular line up is the 4 piece 80s Tribute Band with 2 girl singers, keyboards and guitar but the band is also available as a 5 or 6 piece (with drums / bass).

Retro 80's are experienced at performing their 80s revival shows in front of thousands at festivals and equally as happy playing private parties or smaller venues. The team's many satisfied clients include Microsoft, Pontins, Hilton, Marriot, Ramada, BBC, RAF and many more.

THE FOLLOWING SET OPTIONS ARE AVAILABLE: