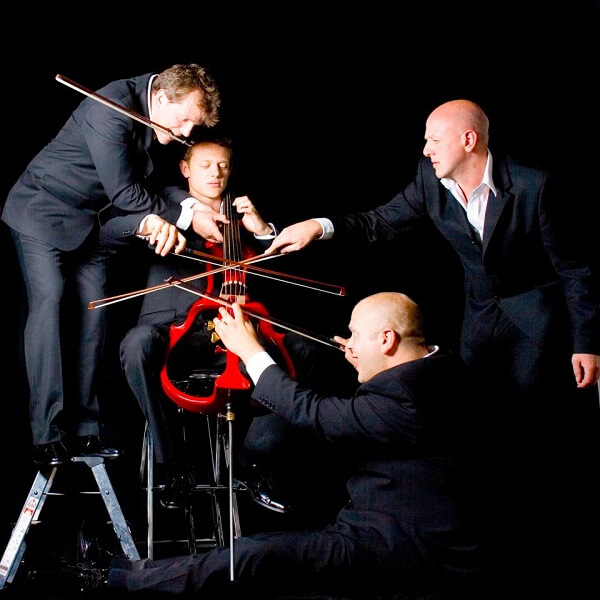 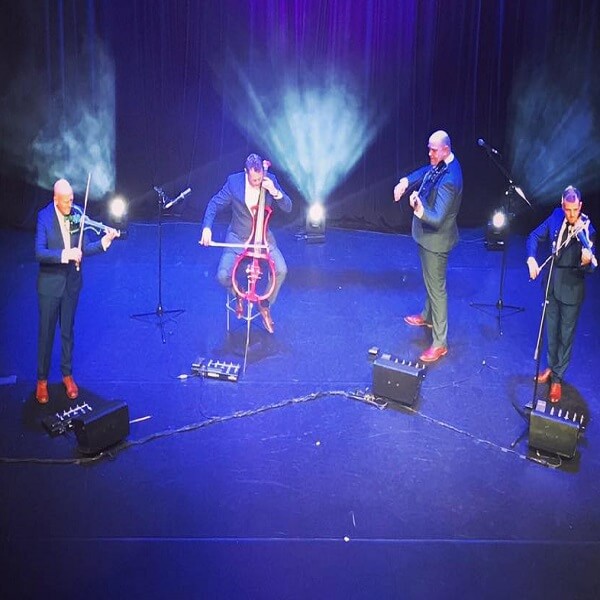 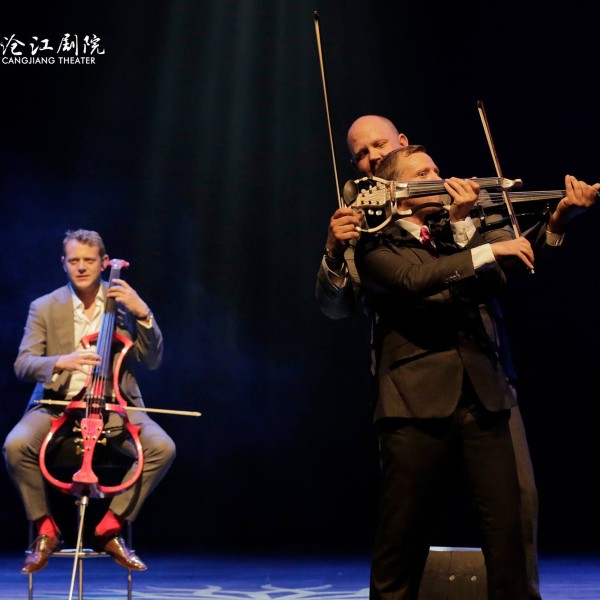 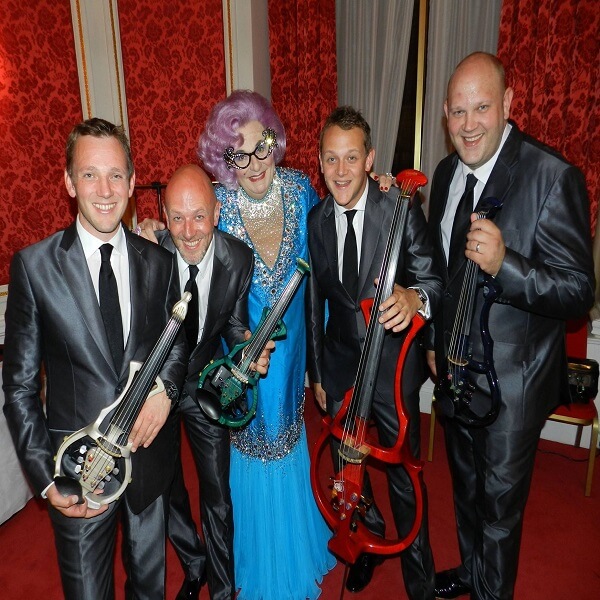 Using electric strings and beatbox, Lord of the Strings are not the ‘traditional’ string quartet.

Lords of the Strings unique, acclaimed version of Ravel’s ‘Bolero’ has all four playing on one cello simultaneously. Then they challenge the audience to play Name That Tune as they race through 20 of the best-loved film themes in one breathless arrangement. Their helter-skelter James Bond medley is an absolute killer and the show ends with Fever’s breath-taking signature finale, ‘The History of Music... in 5 Minutes’. Charisma, humour, energy and distinctive use of custom-made ‘Violectra’ instruments create an experience that can only best be described as...amazing!

Since 2009 they have completed 13 tours of The USA playing their extended show in over 130 towns and cities across 37 States.

Private Parties
They have performed at many private parties ranging from 21st to 90th birthday parties, fireworks parties and anniversaries.

STANDARD LENGTH OF PERFORMANCE
The show usually lasts around 25 minutes plus encore and is equally suited as a grand finale to an evening or for lifting the mood of an audience before an award ceremony or presentation.

Lords of the Strings as your very own "House Band"
In addition to their Cabaret Show, they can perform Live walk-up "stings" for awards and or guest speakers at your event and as with a house band on a TV show, the stings will be relevant to the Speaker or award.

Acoustic Background Set
The group are happy to perform a 45 minute background set on acoustic instruments during your drinks reception.

They play from memory and don't use music stands so they can move from one part of the room to another if necessary. The repertoire is the usual mix of Light Classical, Jazz and Pop.