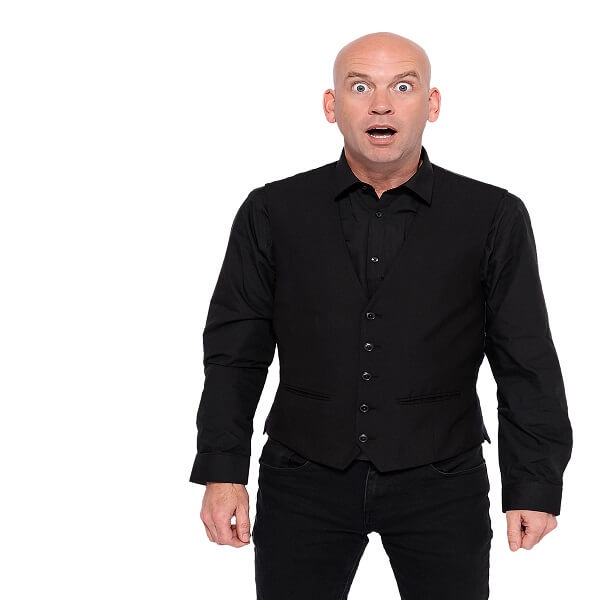 A top class comedian who works with light shows to create stunning light shows, Phil Butler is one to keep an eye on.

Beginning his career as an apprentice who worked in places like holiday parks, cruise liners and even pantomimes, Phil Butler has always been a firm favourite with the crowd. These times for Phil were some of the happiest he'd ever experienced, as his unique position allowed him time to showcase his varied repertoire of talents, such as dancing and singing while being part of productions. However, he was not destined to spend his life in a supporting role, and he quickly found himself starring in some of the biggest shows at the time, often cast in a comic role, something he excelled at. Understandably, his love of the performing arts grew when he began to see his name up in lights, credited as 'Phil Butler's Christmas Party’ in one such instance.

These experiences, while deeply satisfying for him, left Phil wanting to explore other avenues of comedy. His hunger for new and exciting challenges led him to join the UK comedy circuit in 2001. Nowadays, however, he is found closing the show at all the major comedy clubs in the area, such as Jongleurs, Highlight, The Comedy Club and The Glee Club. Phil has also been one of the comedians who jumped at the chance to entertain the brave men and women who fight overseas, providing them with some much-needed entertainment.

Phil did not limit his role to just comedy, however, and even dipped into an acting career. He did have a cameo role in a production by the BBC called 'Hotel Babylon', and he also lent his talents to a TV advert for the AA. His current endeavours involve producing and hosting a Podcast called 'The Green Room. This is recorded backstage on the comedy circuit with interviews and clips from the show included. His interviews have included such legends as Jimmy Carr, Jim Jefferies, and Milton Jones.