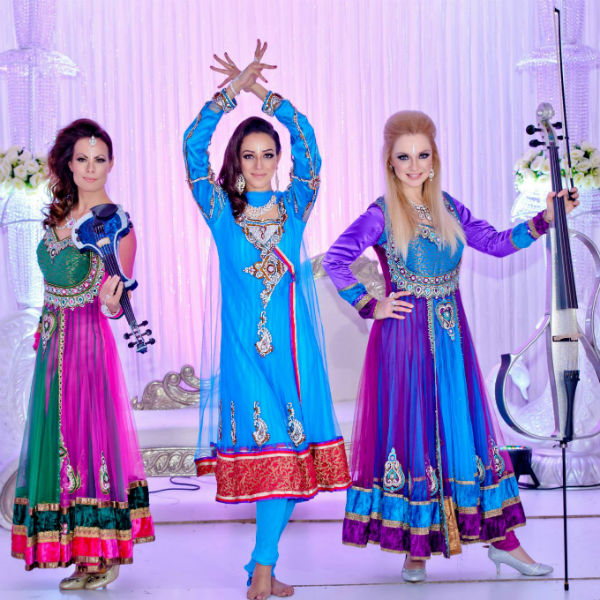 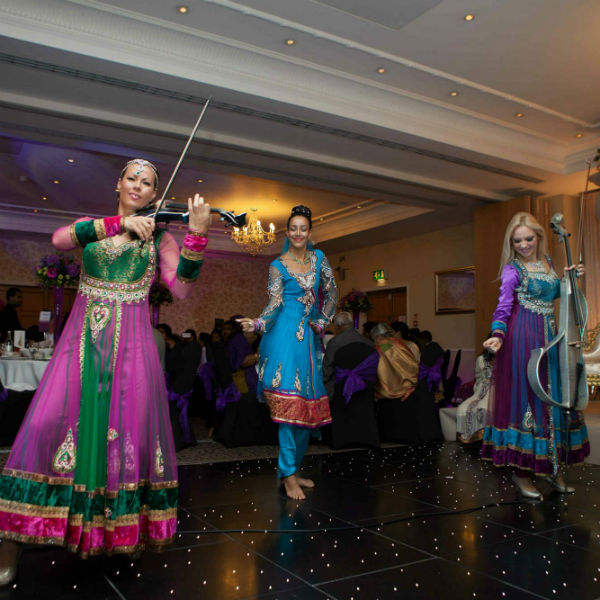 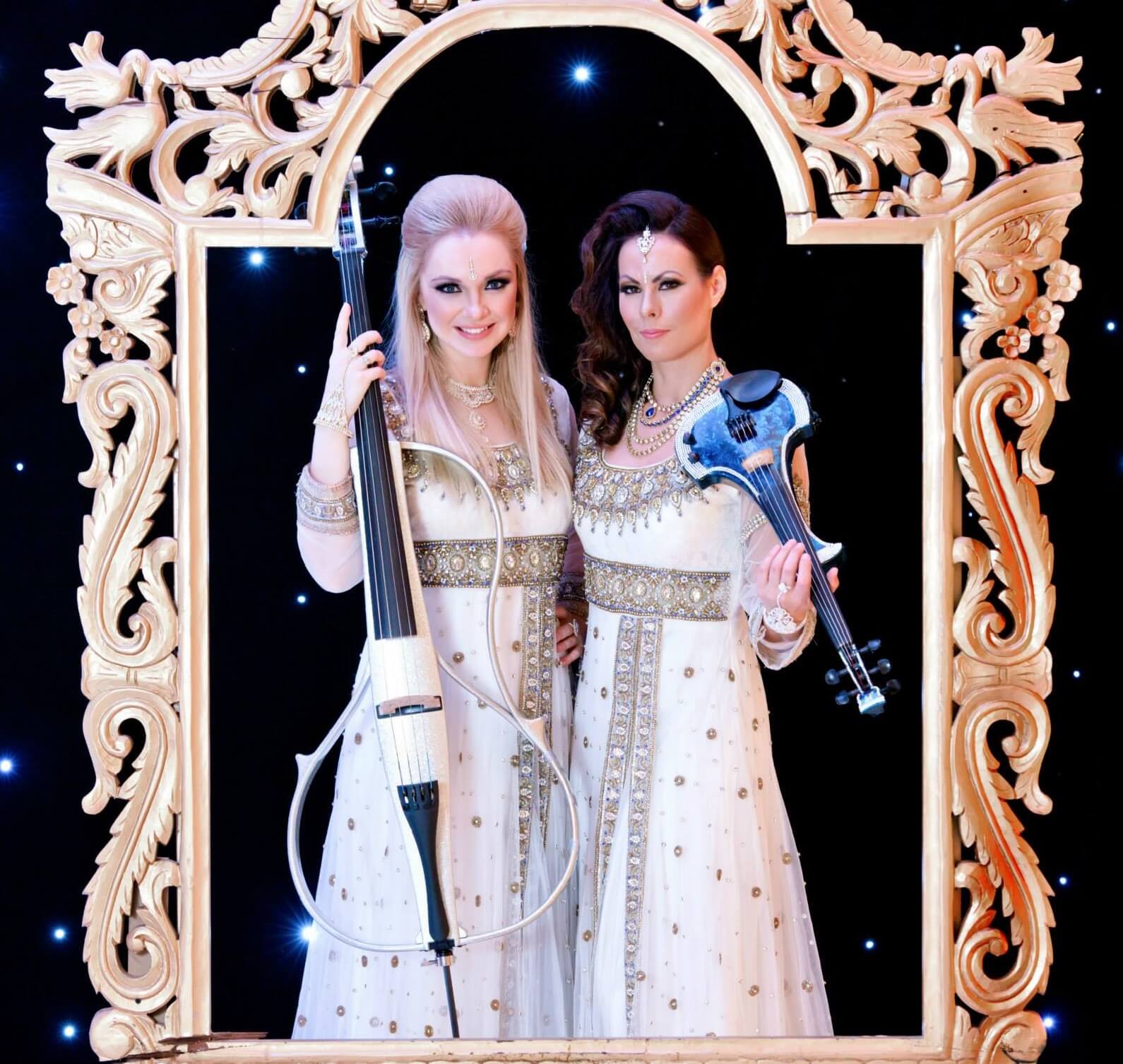 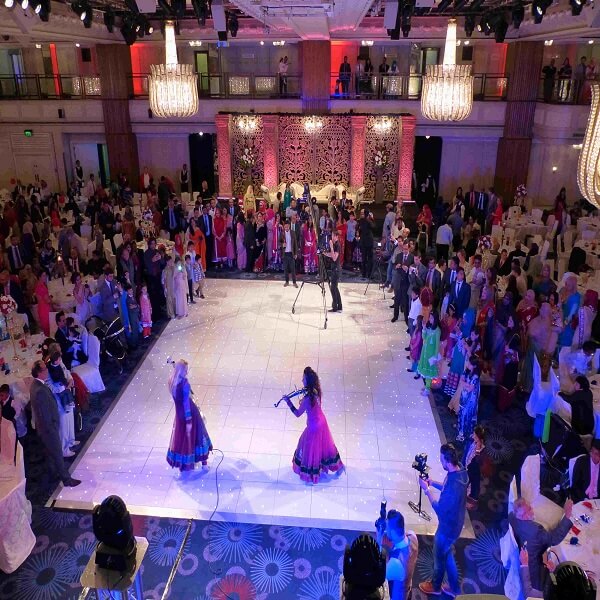 Bollytwist Strings is a unique act that fuses music with dance using traditional violin and cello in a modern and exciting way.

This is a dynamic fusion of Western and Bollywood music, ensuring that it stays current and accessible to guests of all ages and nationalities.

The girls have been trained at the best music conservatories in the country such as The Royal Academy of Music and have played in prestigious venues including the O2 Arena, Royal Opera House and Buckingham Palace. Sensation has also worked alongside prolific famous artists such as Take That, Sting, LuLu, Rod Stewart and James Blunt and appeared on numerous TV shows such as the Royal Variety Performance, XFactor and Top of the Pops.

(1) ELECTRIC STRING DUO
An exciting and unique spectacle with the "Wow" factor! Performances from the first two packages below can be split between two locations which are usually done as a background drinks reception/canapés plus an interactive roaming performance. Both sets are performed on electric violin and cello, and a costume change can be accommodated between sets if required.

The musicians have special instrument radio packs which allow them to walk in amongst the guests and around the tables during the performance. Their instruments are amplified so they can set the volume to your preferences and create both drama and elegance at your special event.

Alternatively, they can perform two 45 minute sets with one being more static and the other more interactive where they walk around the guests during this for a unique, elegant musical experience.

(2) ELECTRIC STRING DUO PLUS BOLLYWOOD DANCER PERFORMANCE
We highly recommend this option, as the dancer adds a dazzling visual element to the show. Up to one hour of background music followed by a 20 minute high energy choreographed Bollywood music and dance show. An exciting and unique spectacle with the "Wow" factor! Both sets are performed on sparkly futuristic-looking electric violin and cello, and we often have a costume change in between to raise the impact of the show.

Our dancer can also do a short fun Bollywood dance Workshop as part of the show to get the audience up and on their feet! This always goes down brilliantly, and particularly well before a DJ dance set.

SOLO OPTIONS
Solo violin or cello can be provided with similar timings to option 1.

They have a variety of different designer dresses in different styles and colours to suit every occasion.

*Please confirm which option you are interested in when enquiring!