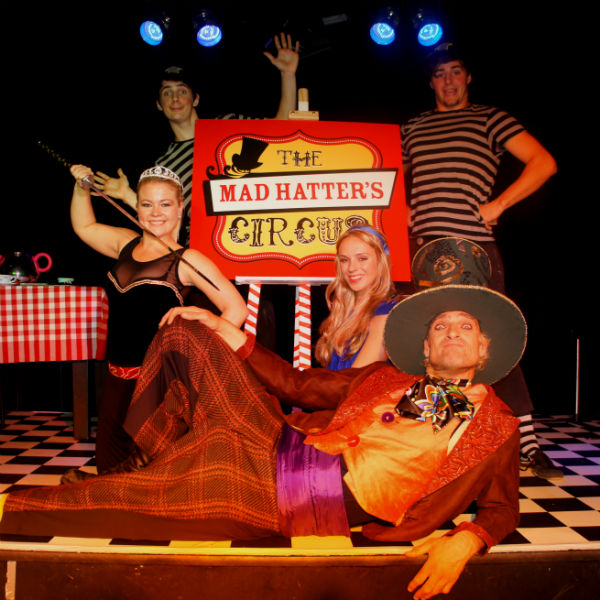 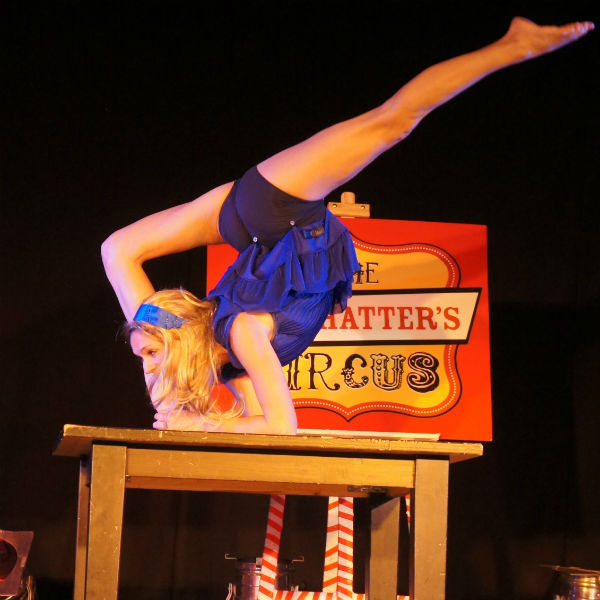 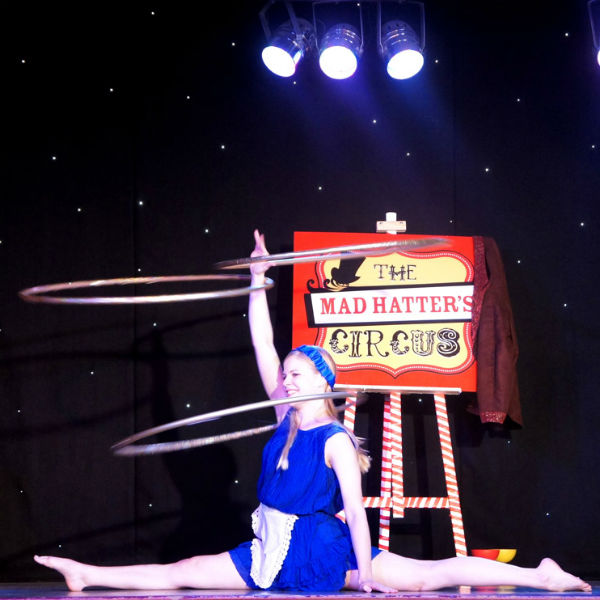 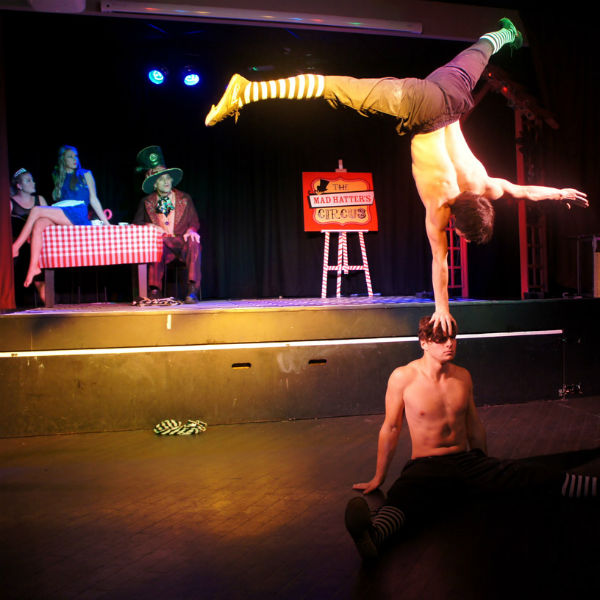 The Mad Hatters Circus is a family-friendly show based on the story of Alice in Wonderland. The Mad Hatter performs multi-skills of juggling with glow balls & clubs, fire, diablo and bed of nails.

He introduces the Characters and auditions their amazing circus skills for a place at his tea party. Characters include 'The Tweedles' who perform comedy slapstick combined with breathtaking breakdance and acrobatics.

'Alice' performs extreme contortion on the tea party table and gets persuaded to drink the 'Drink Me' potion which makes her climb into a tiny 17'x 17' x 20' dolls house.

'The Queen of Swords', performs a series of dramatic martial arts moves involving weapons such as swords, staff and nunchucks. The show is highly entertaining and includes audience participation, theatrical comedy and a multitude of circus skills.

Extra characters can be added to the show…

STANDARD LENGTH OF PERFORMANCE
The show can be performed as a 40-45 minute ground stage show, or as a ground/aerial show.