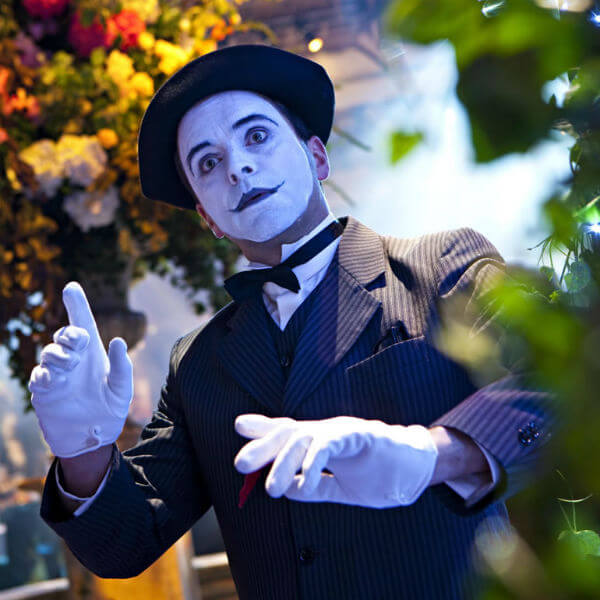 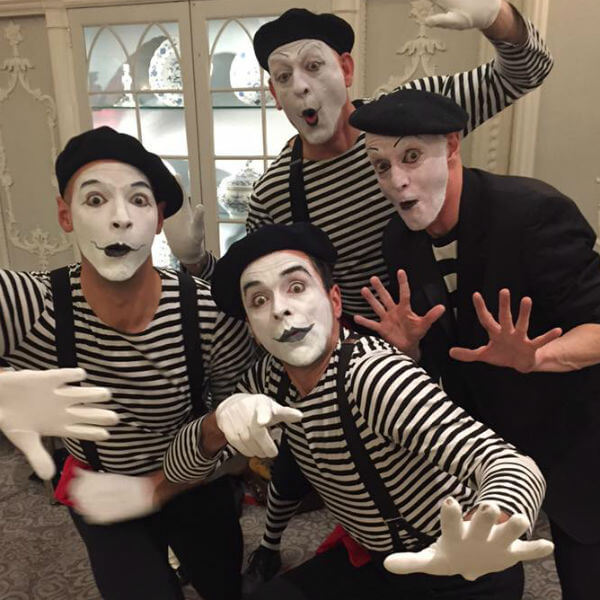 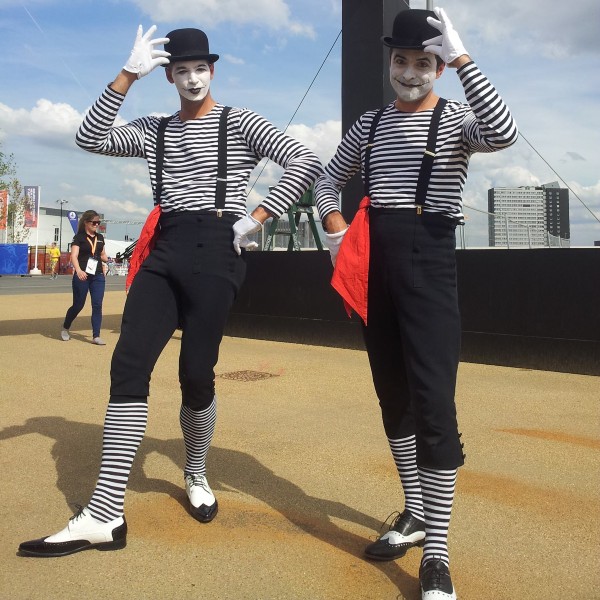 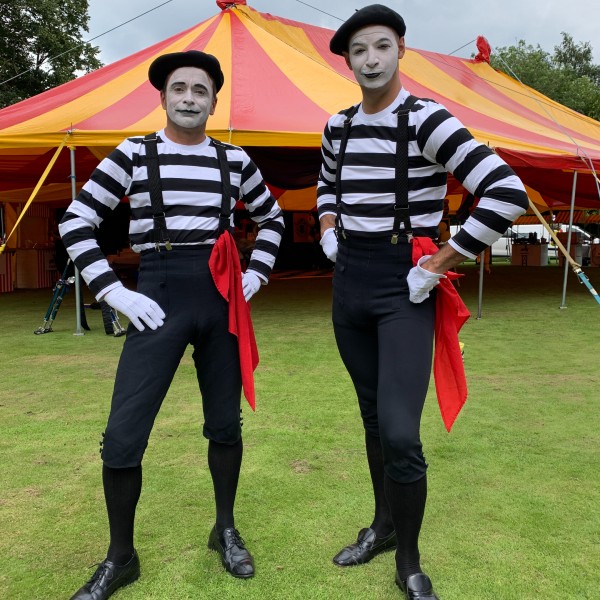 Mime is an excellent non-verbal accompaniment to any event. We can provide a number of Mime artists including:

THEMED MIME
The white-faced mime is often associated with European theming, black and white theming and period theming but it is also possible to add a twist to the traditional mime artist by blending elements of costume (airman, policeman, chef, etc).

THE SILENT CLOWN
In the tradition and in homage to the silent clowns of yesteryear, our act plies his own particular foolery. Lost in a world of silence and slapstick he attempts to fit in, make friends and influence. Unfortunately for him, life is not as straightforward.

Mime, music and magic are all used to full effect like no other act before; improvised mime and musical performances make this the most unique traditional mime act around