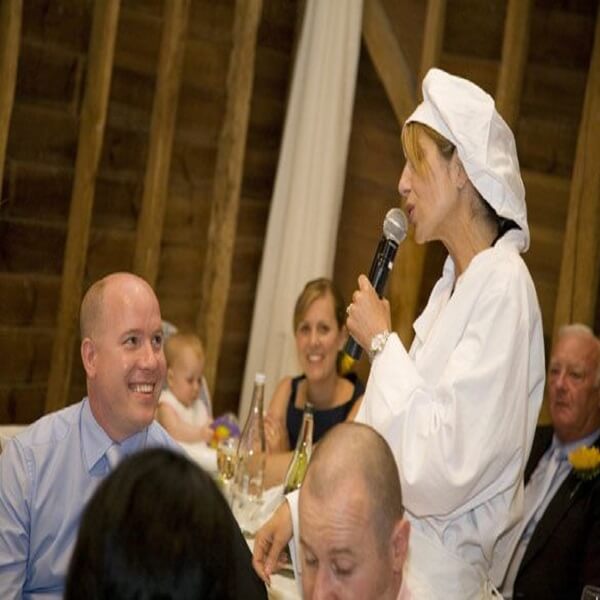 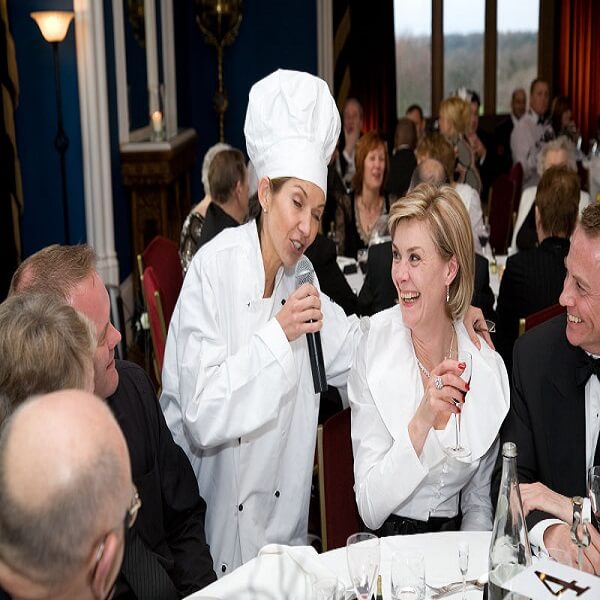 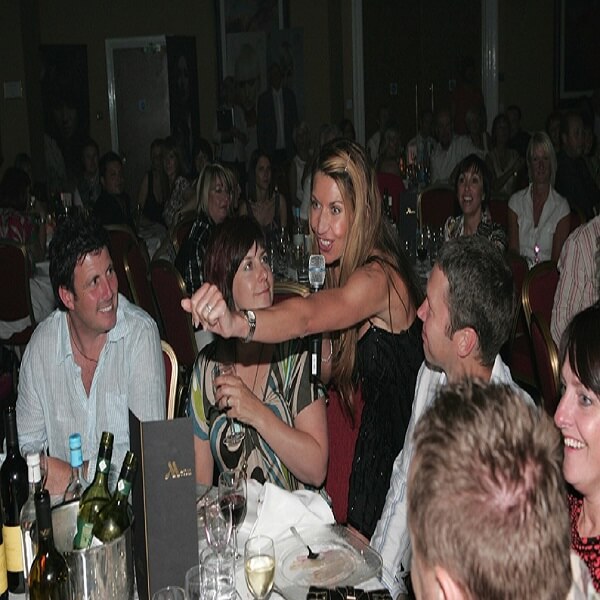 If you are looking for something different that will definitely give your event the "WOW" factor then this is it!

“The Singing Sensations” is a fantastic act for any prestigious event. It really makes the function different and memorable to the guests.

The Singing Sensations sing hits from the West End musicals popular well known opera and even a Mamma Mia medley that really gets the guests going!

Disguised as waiters, chefs, porters, doctors, surgeons, guests, nurses, statues and long lost relatives our singers will infiltrate your event before blowing their cover and erupting into glorious song. Always done with great humour and in good taste we will pass ourselves off at your party in any way you wish leaving you on a high note!

One of the most effective elements is the way in which our performers are able to pass themselves off as anything your imagination can dream up. They will spend the first hour or so of the event mixing with your guests to set up their false identities.

They pride themselves on the fact that not only are the performer’s singers of the highest operatic standard, but they are also incredible comic actors. They will convince your guests that they are the genuine article, whether they be a guest, waiter or doctor, before their cover is blown too much hilarity and they sing to the very people they have been previously interacting with.

We recommend that at least three performers infiltrate an event, taking different roles if possible (such as chef, waiter and Maitre’ D), and causing a stir by making themselves and their faces known to the guests before giving themselves away.

A brief announcement tailored to the event (such as the head waiter’s suspicions about the wine being corked) heralds the beginning of a twenty minute ‘hands-on’ operatic performance to a backing track which will stun the guests. This is most effectively performed after the main course has been served in the case of a sit down meal.

A sound system with radio microphones for each singer and facility for a backing track (CD or minidisc) is required.

HOW MANY PERFORMERS CAN BE BOOKED?
2 or 3 Singers can be booked for this act

SCENARIO 1
Characters: The Chef, The Waiter, The Guest
You and your guests have been sitting having a wonderful meal, and have just polished off your main course and are happily chatting away. A waiter makes his way up to a microphone that’s set up at the top of the room, and ‘tings’ his glass for an announcement. Everyone quietens down, and the waiter starts to speak.

He apologises for interrupting everybody, but would like to introduce the chef who cooked their lovely meal, and as its Chef's birthday and as he’d done such a fabulous job cooking this evening perhaps you could all sing happy birthday to him. The waiter gets everyone singing to the chef, and the chef looks pleased as punch to be getting so much attention! Chef thanks everyone, and goes to head back to the kitchen. Half way back, he stops in his tracks…like he’s had a fantastic idea, and heads back to the mic.

He interrupts everyone again and on the mic announces that as it’s his birthday, he’d like to sing you a song! Before anyone can stop him he starts singing a strained and out of tune performance. His singing is SO terrible that people start to laugh and jeer! The waiter gently pulls him away from the mic after just a few lines, and appears to take him off and give him a quick talking to! He comes back to the mic and apologises to the audience…explaining that Chef has a big dream to become a professional singer, and he likes to practice on unsuspecting audiences!! He apologises again and goes to get back to waitering…but just as he does he decides to show the audience how it’s really done! Music starts, and this waiter launches into a mind-blowing song. The audience is shocked, as this waiter is fantastic! He’s running round the room, climbing up on the tables…and everyone is clapping along!

At the end of his performance the crowd is ecstatic! He’s soaking up the attention, taking huge bows and loving the sound of the applause. However…through the sound of cheering and clapping, the intro to ‘I feel Good’ starts to play. Out of nowhere, the chef has stolen the mic! He starts to sing, with a cheeky look on his face….he’s brilliant!! The crowd goes even more wild, cheering at him croon the high notes…and laughing at him grabbing a woman out of the audience and whirling her around the room!

Just as the song is finished, the two guys come together to take a bow! Suddenly, another song starts playing over the PA. The two guys look confused…none of them seem to know anything about this…up stands ‘Jane’…one of your colleague’s girlfriends who you’ve been chatting to all evening. She pulls out a mic from under the table and starts belting out the song, making her way up to the other two boys. Once she gets to them, they all get into the spirit, getting people up to dance with them, and encouraging everyone to sing along and clap.

SCENARIO 2
Characters: Male Guest, Female Guest, Male Catering Manager
The male and female ‘guests’ are placed in your event on a table with your other guests. They will be in character from the moment they arrived and will fool your guests into believing one of them in an employee and his ‘other half’ (or something that would work for you).

The female guest appears to be a little ‘tipsy’, and after the main course jumps up on her feet and staggers up to the microphone that’s set up to the side of the room (or on stage if you have a band set up!). She proceeds to make a drunken speech about how much she loves her ‘other half’, gets down on one knee, and proposes!! Her boyfriend looks incredibly embarrassed, head in hands! She then decides to sing him a song, which is an awful and out of tune.

After a few lines, her boyfriend jumps up, he can’t take any more!! He grabs the mic, and her hand, and says of course I will marry you! (As long as you stop singing!). He then apologises for the interruption…but offers to sing a song himself! He bursts into a fabulous song getting the guests up singing and clapping!

After he’s finished, the catering manager comes in with a bottle of champagne to congratulate them. He makes a short speech, and then shocks everyone by bursting into song. After he’s finished (with standing ovation of course!) the female guest decides she wants a go now too! She grabs the mic and wows the audience with a perfect performance and dancing round the room!