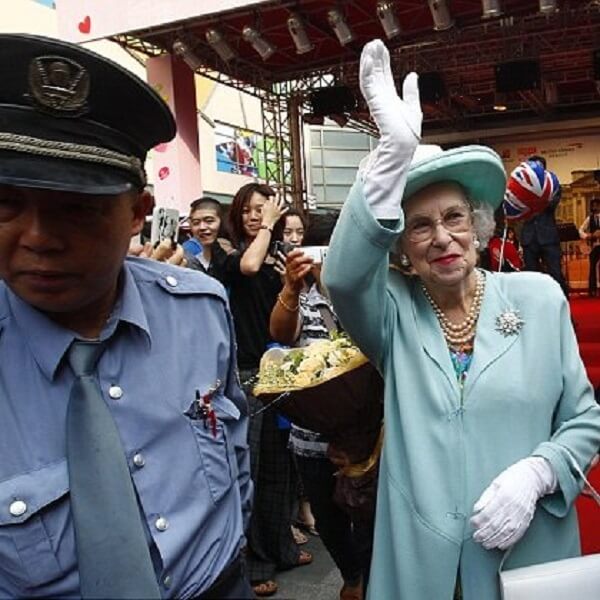 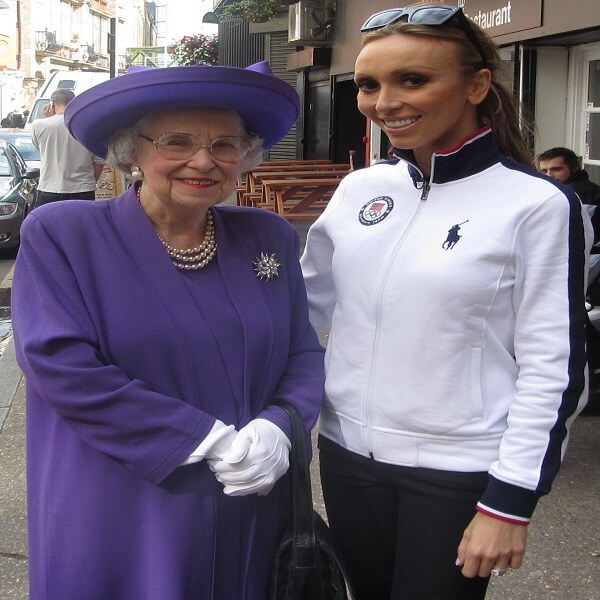 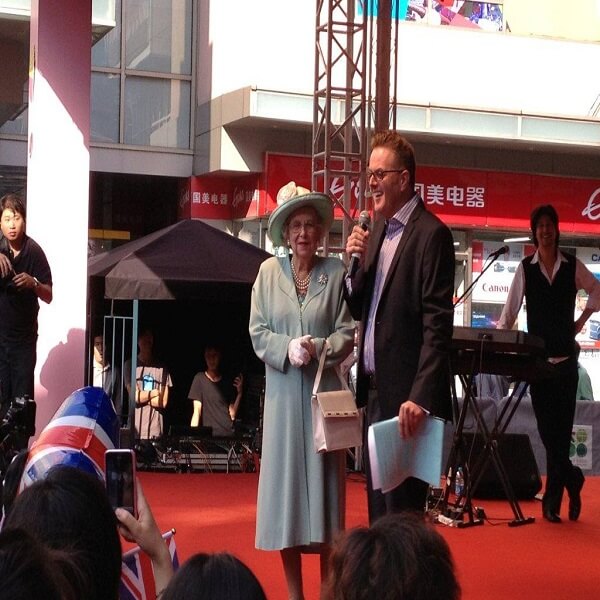 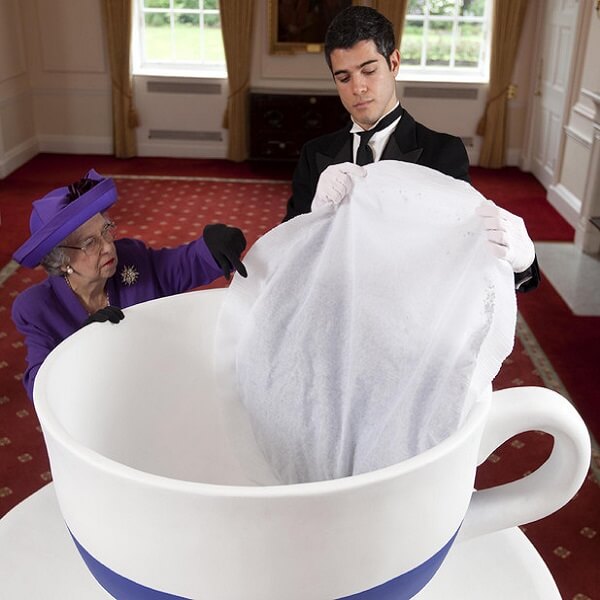 This British born actress is the same height and the perfect likeness of Her Majesty the Queen Elizabeth II.

She has an extensive wardrobe collection and portrays the Queen in serious or amusing situations, but would never intentionally do anything untoward.